A tale of Crime and Punishment on Skopelos

I’m often surprised at the depth of history behind any small church in any village in Greece. Certainly in places like Spain, France or Germany they’d have a plaque or a board with a long historical exposition, a detailed brochure and maybe a trail leading up to it. In Greece, you’ll have to conduct your […]

There are not just one but two churches of St Andrew in Patras. St Andrew was a busy bee as far as Apostles go. He visited Byzantium and ordained the first bishop of what would later become the patriarchate of Constantinople. He travelled around the Black Sea in today’s Georgia, Romania, Crimea and the Ukraine. […] 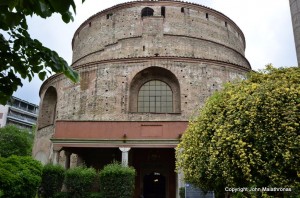