Generally as a tourist you’d probably tend to avoid travelling to a country during an election period, but as a traveller who goes on three-week plus trips, sometimes, you can’t avoid them. I’ve been in four elections in four different countries. In 1997, I witnessed a phenomenon rarer than El Niño: Chilean Parliamentary elections – only […]

What to do in Ushuaia and Tierra Del Fuego

Ushuaia, the most southern city in the world, has a very changeable climate. Two weeks ago it had snowed heavily. When I arrived, it was raining heavily. I went to a cheap hotel suggested by the Tourist Office, but as soon as I took out my British passport, the owner said. “You can only stay […]

From Punta Arenas to Tierra del Fuego by Bus 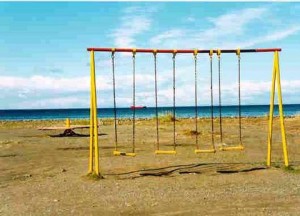 Morning – ready for a 14-hοur trip by bus to Ushuaia crossing the Magellan Strait to Tierra del Fuego and into Argentina. I sat next to three girls – to my surprise they were Swiss and from Bern – like Beatrice on Easter Island: as far as I am concerned, Chile is full of Swiss […]