When everything is said and done, and whatever his contradictions, I am a big admirer of Lee Kuan Yew, R.I.P. There are very few people who’ve had such a massive impact on their societies but that impact is very often negative (see Mao or Stalin). When all is said and done, I’m sure that LKY’s […] 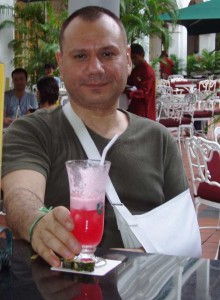 The first point of call for those who want a Singaporean experience in London is a pilgrimage to Westminster Abbey.  There, in the north choir aisle, you can find a seated marble statue of Sir Stamford Raffles who founded the colony in 1819. Although a legendary figure in Singapore itself , Raffles incurred the displeasure […]