How a gay love triangle caused a massacre in Thessaloniki 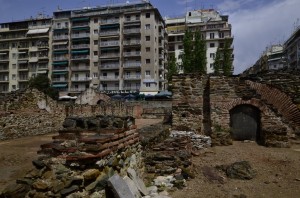 It is 390AD. Emperor Theodosius is on the throne of Constantinople but the Roman Empire is not yet Byzantium.  There are still pagans aplenty in the Empire, and Emperor Julian the Apostate has just tried to get rid of those annoying Christians – but no, he failed… In Salonika, there lived a striking-looking cup-bearer, a […]